From The Stokes News: https://www.thestokesnews.com/news/local-news-1/10191 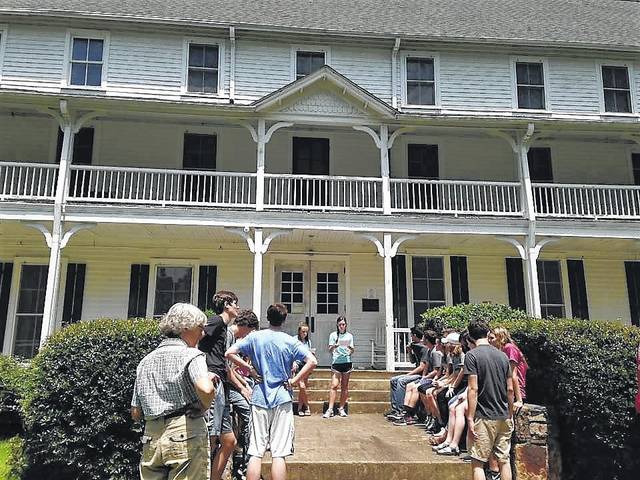 South Stokes teacher Sheila Patterson wanted her students to learn more about local history, and not just from a textbook.

“This is the first year I’ve done this,” the veteran teacher said. “It was a culminating project for my Advancement Placement US History kids. After they take the AP test in May, I usually have them write a research paper. This year, instead of just a paper, I began to reflect on how many important historical sites we have in Stokes County. Really, for just about every time period in history, Stokes County has a historical connection and site.”

Students worked in pairs and each were assigned a site to research. The duo dug into its historical significance and connected it to what they’d learned about that time period in class.

“They researched what the condition/disposition of the site is today. At each stop, the kids served as the tour guides, complete with script and ready to answer any questions.”

“I think it was one of the best activities that I’ve done. It really did take the learning outside of the classroom and help students see the history of their own county come alive,” Patterson said. “It is so important for students to understand that history didn’t just happen in the books, it happened and continues to happen right here, right here in their hometowns. I think it also allowed the students to become familiar with the amazing treasures Stokes County has.”

According to Patterson, Vade Mecum was a popular site among the teens.

“It was the one they thought was coolest because it’s such an amazing place that they didn’t know about,” she said. “I think the majority of the students really enjoyed learning more about the county, whether it was researching their site or hearing about others, you could tell they were really interested in history.”